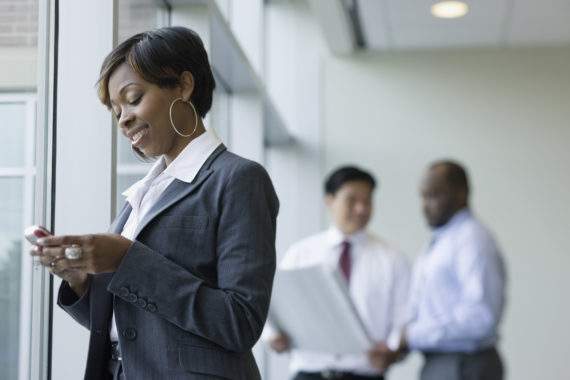 Just over a year ago, I was an RCS (rich communications service) skeptic. A big one! Meaning: I thought that the RCS standards were too fragmented, a waste of time, and too little, too late; that they wouldn’t make an impact on enterprise/brand messaging, among other thoughts. Certainly, the RCS opportunity has been lost for person-to-person messaging, with the overtaking of SMS by various messaging chat apps such as WhatsApp, Facebook Messenger, WeChat, Snapchat, and others. However, since Mobile World Congress 2017, I have started to believe that there may be, at last, hope for RCS – especially as a primary channel for conversational messaging for brands and enterprises.

Let’s explore this a bit more. First, what’s changed? Universal Profile, for one thing. The GSMA defines Universal Profile as a “single, industry-agreed set of features and technical enablers to simplify the product development and global operator deployment of RCS.”

Ok, that’s all well and good, but will it blend? Actually – it seems to. To date, 50 operators have launched RCS – some of them several years ago, but virtually all have committed to, or are now supporting, Universal Profile (UP). The GSMA also forecasts that another 40 will launch this year, also supporting UP. That’s still not a lot, considering that worldwide there are around 1000 mobile operators. But these mobile operators represent most of the top mobile operators in terms of subscriber penetration and technology in the key markets where A2P messaging flourishes.

Furthermore, and this is important: We must talk about what the folks at Google Jibe have been up to. In September of 2015, Google announced that it acquired a company called Jibe Mobile. Jibe was a cloud communications company that had made its name in an earlier iteration of RCS (bUP: before Universal Profile). One of its missions was to “bring RCS to a global audience.” Quietly the company worked, until in late 2016, when Universal Profile was announced. Then last year, it started the Google Early Access Program to bring together many of the top SMS messaging aggregators/providers to build a new A2P RCS messaging ecosystem – specifically with leveraging Messaging as a Platform (another acronym: MaaP). The GSMA states that “MaaP provides brands with the opportunity to increase their engagement with customers by making use of business (A2P) messaging using chatbots and artificial intelligence (AI).”

Some have stated that the Google EAP involves the messaging aggregators that provide much of the global A2P SMS/business messaging traffic. Getting all of these messaging providers together to build a new conversational messaging ecosystem around RCS – that’s a big deal.

But there’s more. Not only is Google providing MaaP APIs and an ecosystem to build conversational A2P RCS solutions, but there are other hubs as well, including those from Mavenir, Samsung, ecrio, and MNO groups such as Vodafone Group. Each of these have connected MNOs and provide MaaP APIs to the messaging aggregators.

Once the ecosystem really gets going, it should look like the multi-layered world outlined below:

At the carrier level, we have the various mobile carriers (or mobile network operators, or MNOs). The Google Jibe Cloud provides virtualized IMS/RCS solutions for a number of MNOs without their own IMS/RCS capabilities. The Google world relies on the capabilities of Android Messages as the default RCS messaging app on mobile devices. Other MNOs may have other default messaging apps on their devices, but it shouldn’t matter. What matters is that all will be supporting UP to enable messages to operate across MNOs. In some regions or countries, the local or national MNOs will interconnect among each other, so that P2P traffic can flow unimpeded. (At this point, we should note that RCS is only an Android device standard. Apple iMessage does not yet support the RCS Universal Profile standard. We’ll touch on this a little later.)

At the hub level, we have hubs like Mavenir, Samsung, and ecrio, which not only provide P2P interoperability among MNOs connected to them, but also a “northbound” MaaP API that the messaging aggregators can leverage to provide conversational interaction solutions for their brand/enterprise customers.

Finally, we have the MaaP layer, where all the messaging aggregators will provide solutions to their customers. The variations and use case of these solutions will be widely varied; however, a common thread to most of them will be a chatbot-powered conversation interaction solution that their brand/enterprise customers will use to engage with their consumers.

RCS as a channel/messaging solution could very well fail, as in years past, deployments were spotty and did not do well.  There are several reasons for this; fragmentation of the RCS versions is the primary one. In addition, the RCS standards were complex and included not only messaging, but heavily integrated voice and video. It was expensive and complex for mobile operators to deploy.

But today, with the current Universal Profile as the primary RCS standard, the fragmentation is gone (or at least greatly reduced), and UP is much simpler than previous variations. Also, the Jibe Cloud from Google enables carriers to have a hosted service to quickly support RCS – via Universal Profile. Finally, both Google and the GSMA are promoting RCS as an A2P feature set and A2P channel. While P2P is supported, the big push is around A2P through a conversational interface (e.g. Messaging as a Platform).

As of this writing, there are around 140 million monthly active users (MAUs), give or take 10 million or so. The GSMA also notes that this should grow to more than 350 million MAUs by the end of 2018. That makes A2P RCS quite interesting to those of us who provide messaging solutions to brands and enterprises. Indeed, the GSMA even pushes MAUs to over 1 billion users in 2019.

Let’s get back to the question of Apple. Today, the RCS Universal Profile standards are supported only on Android devices. In the Google-Jibe world (around 30 or so mobile operators, I’m told), that is Android Messages.  On non-Google RCS UP deployments, a variety of messaging app support UP RCS – it depends on the mobile operator. There are also more than 20 mobile device OEMs now shipping Android devices with RCS UP supported in the default messaging app. That’s a good start.

But Apple does not support RCS . . . yet. There are tales that the GSMA has had many positive discussions with Apple about supporting Universal Profile in iMessage. If that happens, that should increase the MAUs as Apple to Android texts, where both parties have RCS capabilities, as well as provide a closer to ubiquitous target for A2P RCS. I think this will take some time until we reach this RCS utopia, but it might just happen.

What about Apple Business Chat?

Apple Business Chat, announced at Apple’s June 2017 WWDC, is a new way to connect consumers with businesses. Apple describes Business Chat as “a powerful new way for businesses to connect with customers directly in Messages. Using Business Chat, your customers can get answers to questions, resolve issues, and complete transactions on their iPhone, iPad, and Apple Watch. Customers can find your business and start conversations from Safari, Maps, Spotlight, and Siri.”

Ultimately, if A2P RCS does well, the conversational engagement that it can bring to consumers should begin to negate the need for those brands and enterprises to build mobile apps. Mobile apps can be an expensive proposition for many businesses, and there’s no guarantee that the app will be heavily used. A number of studies cite app abandonment as a major factor that businesses must contend with.

On the flip side, a Gartner statistic states that 50% of enterprises will spend more on chatbots than traditional mobile apps by 2021. That plays well into the conversation benefit of rendering that chat through RCS vs. web-based chat or even social chat/messaging apps. With RCS, these conversations are all in your default messaging app.

Believe it or not, many major brands and SMEs are already starting to ask their messaging aggregators and solutions providers: “What about RCS?  We’d like to try it and think it will solve lots of problems for us.” That part – the customers – is what will ultimately drive RCS to success.

I believe that RCS is likely to succeed as a serious channel for consumer interaction. It is, after all, supposed to be the next generation of SMS, with which it shares a direct pedigree (and in A2P RCS or even P2P RCS, if the receiving party does not yet support it, the message is still delivered as an SMS). The GSMA estimates that Universal Profile RCS “will open up an A2P RCS business worth an estimated $74bn by 2021.”

I hope they are right. The list of stakeholders and participants is growing. There is still a lot of work to be done. But we are starting to believe that the businesses and consumers will certainly want to use it.